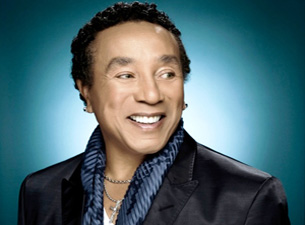 Belated congratulations to Smokey Robinson, who was recently awarded the Gershwin Prize for Popular Song from the Library of Congress.

The Motown legend, known for timeless songs like “Shop Around,” “I Second That Emotion,” and “Cruisin”– and who wrote several hits for his label mates, such as  “My Girl” for the Temptations and “Ain’t that Peculiar?” for Marvin Gaye–is just the ninth singer-songwriter so honored–joining the likes of Carole King, Paul Simon, Sir Paul McCartney and Stevie Wonder.

“It gives me such joy and gratitude to be included among the past recipients of this most prestigious songwriting award,” said, Robinson, 76, in a statement. He is expected to receive the award in Washington, D.C., in November.

Of Robinson and his contributions to music, Acting Librarian of Congress David S. Mao said: “As a singer, songwriter, producer and record executive, Smokey Robinson is a musical legend.

“His rich melodies are works of art—enduring, meaningful and powerful,” he added. “And he is a master at crafting lyrics that speak to the heart and soul, expressing ordinary themes in an extraordinary way. It is that quality in his music that makes him one of the greatest poetic songwriters of our time.”

The Library of Congress Gershwin Prize for Popular Song honors living musical artists whose lifetime contributions in the field of popular song exemplify the standard of excellence associated with George and Ira Gershwin, by promoting the genre of song as a vehicle of cultural understanding; entertaining and informing audiences; and inspiring new generations.

The Blues Had A Baby: “Whole Lotta Love / You Need Love”

Language Of The Blues: Shout